With 30 taster tickets between Douglas and I, we sampled as many of the featured craft beer releases by the event’s participating local breweries at the Vancouver Craft Beer Week Opening Night at the Roundhouse Community Centre in Yaletown. Here are gift ideas for the craft-beer loving dad found at the event, just in time for Father’s Day.

Among all the growler designs in the building, the design from Andina’s Brewing was the most unique (and the cutest!). We sampled the Melcocha, their Andean Mild Ale, which had a slight coffee taste, and the Monita Blonda IPA which had a great balanced, citrus character to it.

For your “honey”, A Frame, locally based in Squamish, offers their smooth Christina Lake Vienna Lager blending notes of bread, biscuits and honey. We also liked sipping on their IPA, which had a refreshing grapefruit appeal to it. 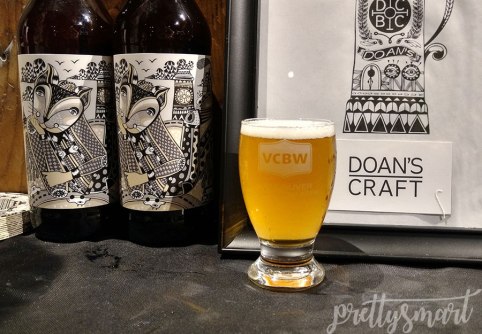 For the fans of German culture and beer, Doan’s Craft Brewing is known for their high-quality, small batch brews. Their bottle designs are great to gift those who love highly detailed whimsical illustrations.

We liked their “approachable” Kettle Sour which had a great start without being too sour like most sour beers. For a limited time, Main Street Brewing also has their anniversary Hoppy Tripel IPA available, where we found to have a nice mellow feel to it. 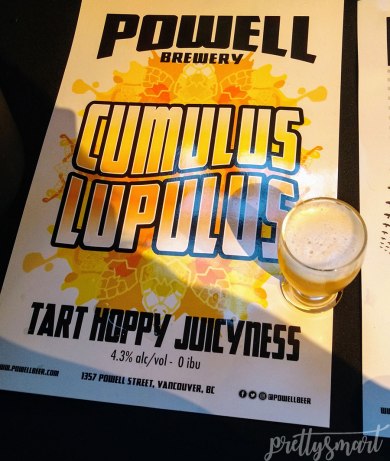 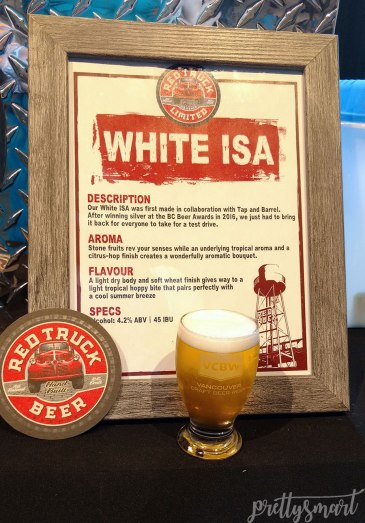 I liked how Red Truck’s Saison was like a beer version of a ginger-ale and how mellow their White ISA was.

Based in Chemainus, BC, I was drawn to Riot Brewing’s punk and rock-inspired designs.

For those whose name starts with the letter “S”, and loves to live royally, or for the proud East Van dads in the Strathcona area, there’s also branded merch to pick-up from the brewery on Hastings Street in Vancouver.

I spied a Langley labeled growler when Douglas and I sampled Trading Post’s Saison and Blonde Ale. I liked how the blonde ale smelled pretty sweet where the the saison was nice and light.

If you’re seeking craft beers with a local nature adventurer theme, there are these breweries:
Persephone Brewing 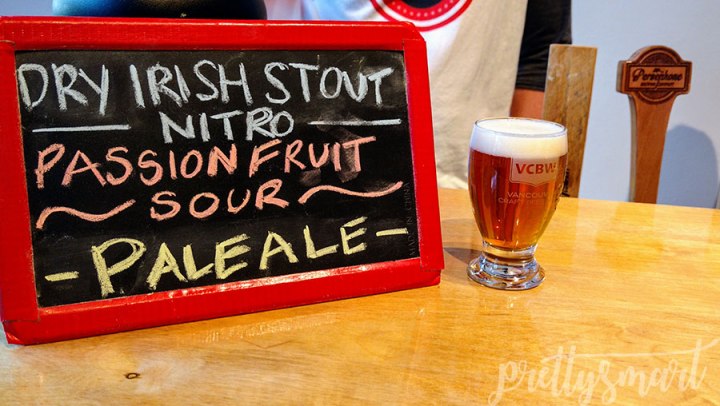 Keeping with the Passion Fruit theme, there’s also a tart and hoppy Passion Fruit Sour available from Persephone Brewing Taproom, based in Gibsons, BC for when your’re on another Vancouver Island adventure.

For the dad that loves his backcountry adventures, there is also selection of locally-based brews by Backcountry Brewing from Squamish.

Vancouver Island Brewing
In many of the local private liquor stores we visited, we lately been seeing VIB’s large paddle surfboard contest giveaway.

Like the package design, we found the Sombrio’s Citrus Session tasting as bright, citrusy and fruity, great for the summer nights. If you look at the front of the VIB’s beer cans, you can find longitude and latitude coordinates of the various locations around Vancouver Island where the beer was inspired by.

Rocky Point Ice Cream
Around “Brewers Row” in Port Moody, there is Rocky Point Ice Cream on the edge of Rocky Point Park. To top off all the beer sampling, we tried the latest Hazy Pale Beer Ice Cream. Definitely in between wandering from one brewery to another along this “row”, stop in to have this delicious ice cream. 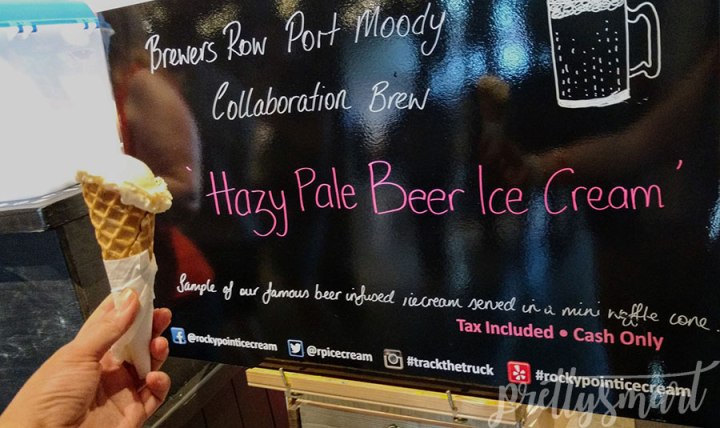 Check out all of the scheduled Vancouver Craft Beer Week events happening this week at participating local breweries until this Sunday June 4th, 2017.

Curating a culture of collaboration & encouragement though celebration and recognition. ...Continue Reading

Get new ideas by subscribing via email. Sign up here.

Yumi Ang is a Vancouver-based Marketing Communications Designer. Curiosity for innovation drives her to branding, advertising and marketing. Outside her design work, Yumi stays inspired by exploring ideas that make our lives better.

PrettySmart.Guide participates in select affiliate advertising programs. This means that if you click and/or make a purchase through certain links on this site or any related social media platforms, PrettySmart.Guide may make a commission from that click and/or purchase. All opinions are my own, and all brands featured represent what I personally like and support.
%d bloggers like this: